An Evidence-based review was undertaken to provide clinicians, policy makers, teachers, educators, health service providers and families with information about which interventions to prevent ACEs and reduce their negative  impact on mental health are effective, which are not, and which have not been adequately evaluated.

We searched the peer-reviewed literature, grey literature, reference lists of included studies, and well-known international and Australian websites that were published between January 2010 and January 2020 to identify research evidence on interventions to prevent ACEs and/or reduce their negative impacts. Interventions from randomised or non-randomised studies were included in the evidence review if they:

A total of 26 different interventions were identified.  A summary of interventions and their level of supporting evidence can be seen in Table 1 below. Parenting Programs (Triple P, and Incredible Years) both had the highest level of evidence, meaning these programs were found to be the most effective. Read more...

Table 1. Summary of interventions and level of supporting evidence 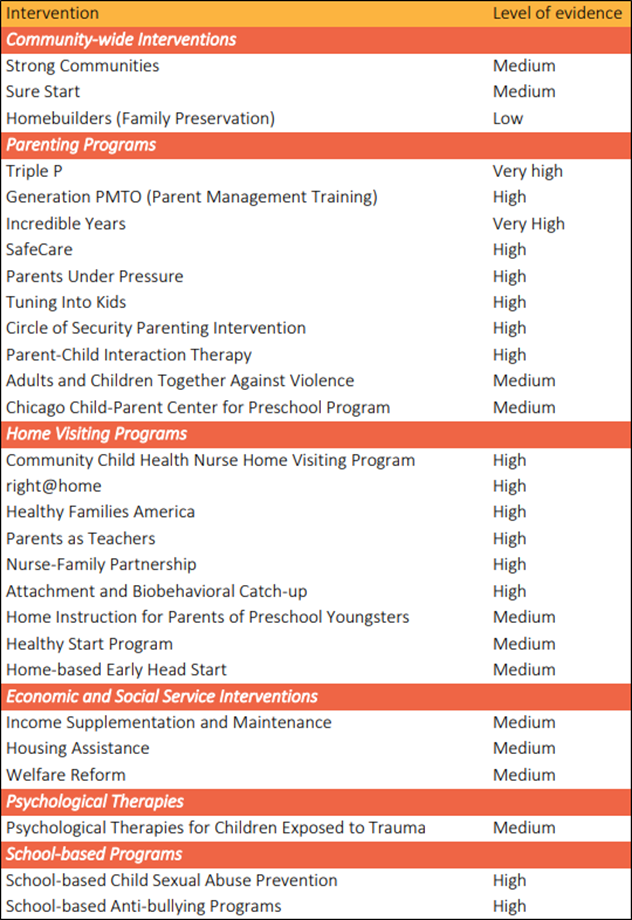 Proudly in partnership with